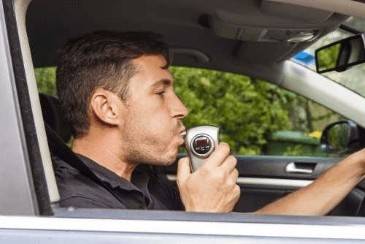 1. Getting Pulled Over for a DUI

I was talking with a client the other day who called me about getting pulled over and getting charged with a DUI. In Georgia, when you are charged with a DUI and you’re pulled over by law enforcement, they will do field sobriety testing. They will ask to see your license. They will also make requests of you about whether or not you want independent testing of your blood, breath or urine. The main issue that you need to be familiar with is the fact that you need to be compliant, that you do need to be respectful to the law enforcement officers – that will go a long way in resolving your case. I would always ask for independent testing, and I would make the request to have a blood test done as your choice of independent test.

I was speaking with a client the other day who came to see me because he was charged with a DUI. During the course of the stop, he actually refused to execute the field sobriety testing that the officer asked him to do. If you refuse field sobriety and if you refuse the testing – blood, breath, or urine – that’s called a refusal, and your license can be administratively suspended. You will get separate paperwork that indicates the administrative suspension. The timelines are very tight on those particular suspensions, so it’s very important that you see an attorney within 10 days after getting the DUI charge.

In Georgia, if you are charged with DUI, an officer will ask you whether or not you want to submit to different testing – blood, breath or urine testing. It is advisable to comply with the officer’s request. If you do not comply, then your license can be administratively suspended. What you can do, in addition to compliance with the officer’s request, is to get independent testing. You’re allowed to do that, and I would advise you to get a blood test independent of whatever testing the officer did. Again, these are very technical issues.

I was speaking with a very young client of mine who was recently charged with DUI, and he was asking me about what the penalties were for a first-time DUI offense in Georgia. The penalties are 12 months either probated or in jail, up to a thousand dollar fine. You will be required to work 40 hours of community service. In addition, you will need to take a DUI class – it’s called DUI School – which is serviced by different organizations in our community. Normally, the 12 months is probated on a first-time DUI, and probation basically means that you report to an office on a monthly basis. You will also be required to pay a monthly probation fee during the time that you are being supervised by an officer.

Are you or a loved one in the process of a DUI case in Statesboro, Springfield, or Swainsboro and have questions? After checking out these tips after getting pulled over for a DUI, contact the experienced Georgia DUI attorneys at Hall & Navarro today for a consultation and case evaluation.