Watch this video to learn about reducing child support after moving houses in Georgia. Then call Hall & Navarro for a legal consultation and free review.

Will I be able to reduce my child support obligation if the child changes residency or comes to live with me? 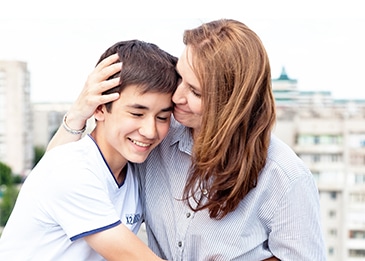 I received a call the other day from one of our past clients who wanted to know whether he could change his child support obligation because his child was planning to come live with him. Over the summer, the parties had agreed that the child was going to move in with the father and stay there, so, of course, he did not want to be paying child support while the child was living there. That is a major change of circumstance, and, in Georgia, that’s one of the things you can file a modification on, is a change of custody. Any time that the child comes to live with you, I would encourage that you would file a modification because, if you don’t, the child support obligation is going to remain as the prior court order outlined it.

If the child is now living with you, there is no automatic modification or approval that your child support obligation would be terminated, so you would want to file a petition for a modification of child support. In Georgia, we would present evidence in front of one of our judges that would tell the judge that you’ve swapped custody, and the child is living with you, and also present evidence as to the incomes of both parties. In Georgia, both of the party’s gross incomes and any of their major expenses, such as insurance premiums, daycare costs, or after school expenses would all be considered at the time of trial and the judge would readjust your child support obligation at that time.

In addition to your child support obligation, you would want to also modify your child custody arrangement. If the case was where the child was previously with one parent and then moved in with you, we can file those modifications at the same time so that even when the judge is considering child support, he’s also going to consider a change of child custody and outline visitation schedule for the other party at the same time. That saves a little bit of money so you’re not filing two separate court actions at two different times, so any obligation of child support would be modified at the time of custody and visitation modifications actions as well.

Are you or a loved one in the process of a divorce in Statesboro or Springfield and have questions about reducing child support after moving houses in Georgia? Contact the experienced Georgia divorce attorneys at Hall & Navarro today for a consultation and case evaluation.