Children Choosing Which Parent to Live with in Georgia

Watch this video to learn about your children choosing which parent to live with in Georgia. Then call Hall & Navarro for a legal consultation.

Will the courts allow my child to choose where they live? 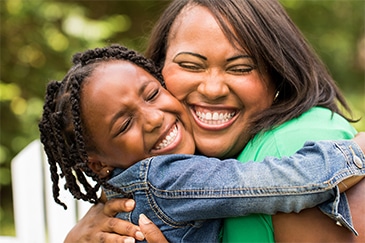 Often, when we’re in the midst of a custody battle, there are going to be children who are a little older and who have very strict opinions about where they want to live. In Georgia, children do have the option to express their desires to the court if they want to live with one parent or the other. Now, there are different levels of how the court will handle that child’s desires, and intentions, and wants.

Ultimately, until a child reaches 11 years old, what they want and where they want to live is not something the court is going to ask them upfront. That’s not to say that children that are younger than 11 don’t have an opinion or aren’t happy at one house rather than the other, but the court is not going to expose them to having to choose between one parent and the other. After the child has turned 11, however, that child may then have an opinion as to where they want to live. The court’s going to take that just as a factor; it’s going to be one of the many factors that are outlined under Georgia law. The court doesn’t have to do what that child wants.

When that child reaches 14 years old, however, their power gets to be a little bit more. The court is going to have to give deference to that child’s wishes. The other party would have to prove that child’s wishes are not in their best interest, meaning that if you have a 14-year-old who wanted to go live with a parent because they knew that they could get away with anything. We need to prove that other parent was not going to discipline the child or had never been involved in their schooling or medical care. The court can say I hear the opinion of the 14-year-old; I know what they want, but it’s not in their best interest. The other party has proven that.

Ultimately, a trial judge is going to sign off on what that child wants just to ensure the safety and well-being of that child. Under Georgia law, there are specific requirements, age requirements that allow the child to have their voice heard more and more as they get older. Ultimately, our local judges are going to wait until that child is 14, 15, even 16 years old before given great weight to what they want. However, with the right evidence to back up that child’s wishes, your child’s voice will be heard if we do a better job at describing for the court why they want to make this change or why they want to live with one parent rather than the other. We’ve been pretty successful in having children’s voices heard without actually putting them in front of the judge and making them in front of an open courtroom say what they want.

I can help you. Call us if you’ve got a child who wants to move in with another parent or is really insistent during a custody case that they want to live in one place rather than the other. Give us a call. I will sit down with you and talk with you about our options and how we can let your child’s voice be heard without really exposing them to the emotional process of a custody action in an open courtroom.

Are you or a loved one in the process of a divorce in Statesboro, Springfield, or Swainsboro and have questions about children choosing which parent to live with in Georgia? Contact the experienced Georgia divorce attorneys at Hall & Navarro today for a consultation and case evaluation.