Alimony Payments in Georgia When A Spouse Doesn’t Work

Watch this video to learn more about alimony payments in Georgia when a spouse doesn’t work. Then call Hall & Navarro for a legal consultation.

Will I pay more in alimony if my spouse doesn’t work?

I was meeting with a client the other day that was very concerned because, when we had been to a temporary hearing, he was ordered to pay alimony of a certain amount. He was concerned because in the 20 years of his marriage, his spouse had, at some point, been employed. He had great amount of income. His job was very good. He was concerned because his wife was no longer working. During the life of the divorce case, she had become unemployed and had not gone back into the job market. His concern was whether he would have to pay more in alimony now that she was unemployed as opposed to what he was already previously ordered to pay. In Georgia, there is no set formula for alimony calculation. A judge is going to look at one party’s needs versus the other party’s ability to pay. In this particular case, his ability to pay had not changed. His income was still the same. However, the concern is that the wife’s needs had increased because she was no longer working. In that particular case, a judge is going to look at why is she unemployed. Does she have the ability to work? What does she have the skills to do? What kind of money was she making in the prior 20 years of the parties’ marriage? 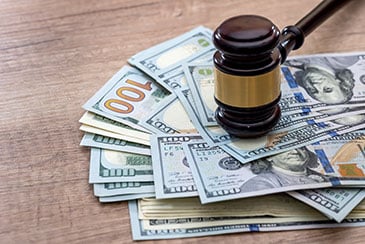 Georgia, the court does not condone purposefully not being employed and not having income. As long as you can show the facts and circumstances that the wife has the ability to work, she has the skills to work and she has made a certain average amount of money throughout the course of the marriage, the husband would not need to be as concerned with an increase in alimony just because the spouse was not working. Now, of course, there are other scenarios where maybe the spouse has not worked for 20 years or maybe they were recently disabled or unable to work for whatever reason, and that could lead to an increase in an alimony payment. If the judge had previously determined that there was a need and an ability to pay on either side of the ball, then my client may would’ve needed to be concerned about increasing in the alimony payment just because his spouse was unemployed. If you have questions about whether your spouse’s employment status or how much they’re making is going to affect your alimony obligation or what the trial court may do in a case where your spouse is unemployed, please give us a call so that we can really hear about your past and your spouse’s past employment and whether they need alimony or whether you have the ability to pay.
The either precluded or diminished because of your failure to wear that device.

Are you or a loved one in the process of a divorce in Statesboro or Springfield and have questions about alimony payments in Georgia when a spouse doesn’t work? Contact the experienced Georgia divorce attorneys at Hall & Navarro today for a consultation and case evaluation.

Out of Town Resources

We don’t take clients all the way from Buffalo, but we helped someone find these Buffalo divorce lawyers recently who do a great job with their website.

“Hall & Navarro Law Firm is the best law firm you will find!! Mrs. Hall, Mrs. Navarro and Mr. Hall are very professional and will bend over backwards to help you in anyway they can! There is no doubt that their clients come first and that they care for them!! Hall & Navarro is the only law firm I will ever use!!!!!”
– Jane Smith