Are you going through the divorce process? Check out these 4 questions about child custody, then call our office today for a legal consultation.

1. Do grandparents have any custody rights? 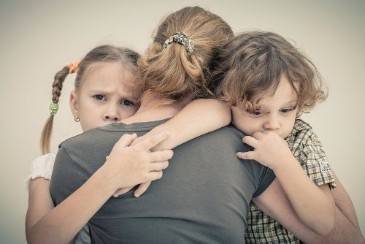 Now, oftentimes, where grandparents would have more of a right is if, let’s say, you were the paternal grandparent, meaning that your son is the father of this child. If your son passes away in a car accident, and unfortunately, your daughter-in-law is not going to allow you to visit the children anymore, then that’s an easier bar to cross. Oftentimes, my clients find emotionally, they don’t have to attack their child because their child has passed away. They find it easier to have litigation processed through the court system to get visitation established. Oftentimes, especially if there are facts where the daughter-in-law is withholding the child, not allowing telephone contact, not allowing holiday time or even present exchanges, then the judge will ultimately grant visitation to that grandparent.

Now, in that same scenario, if you wanted custody of your grandchildren, you would still have to attack that living parent to make sure that the judge understands what’s going on. You would still have the bar of saying that your daughter-in-law is unfit or unable to have custody of those – of that child or those children. The court may grant you custody based on whatever evidence comes out.

There has been recent case law that’s come out about grandparent visitation which makes the bar a lot higher, makes it a much tougher case. With the right facts and circumstances, grandparents can be successful in obtaining custody or visitation of their grandchildren.

2. How do judges determine custody?

I was meeting with a client prior to our trial the other day. A very important question arose about how the judge is going to determine what custody arrangements are set for these parties. In Georgia, any custody action has to be looked at under the lens of several factors that the statute actually recognizes for us and tells us what those are. It makes it fairly easy for us to walk through the judges’ evidence and make sure that we’re giving what they need to make that decision.

It’s a long list of factors. Anything from your relationship with your child, the bond that your child may have with you or the other parent, whether there are half or stepsiblings in either residence, where the child is really connected and whether the child has a great bond with a brother or sister in either household. All can be considered. Any prior history of alcohol, drugs, abuse, neglect, domestic violence even between two parents will be considered just that there may be domestic violence occurring, the judge wants to hear about those things as well and. A decision based on all of these factors and circumstances will be considered for what’s in your child’s best interest.

Ultimately, if there’s a piece of evidence that is relevant and presented to the judge, he can consider that piece of evidence and make a determination and weigh those factors any way he/she may determine. If for some reason, he’s maybe a grandparent, he’s going to say, well, these parents are going to ensure that the grandparents are involved in this child’s life. That’s very important to the court. The judge may weigh that factor more seriously than another judge may consider that.

It’s important to be represented by an attorney who knows the judge on the bench because, ultimately, each judge decide these cases differently. Each case may need to be presented differently. That’s one benefit I have. We have a lot of experience in front of all of the judges we regularly appear in front of .

3. What should I do if I’m refused visitation in my child custody case?

I was meeting with a client the other day who was very emotional because he was refused visitation under a prior custody order. Now, of course, my first question would always be, what were the facts and circumstances around the refusal of that visitation? Were there allegations of drug use or domestic violence in the home? Is there a new boyfriend or girlfriend that may create a problem with visitation or maybe there was a fight between you and your prior spouse or the child’s other parent that led to the refusal of visitation?

If it was a refusal, was it for a couple of hours, a couple of days? Was it several weeks in a row that you were refused visitation? I think all of those factors are going to be important when you come see us that we’re going to need to know the answer to those questions.

In a case where you’ve missed a couple of weekends of visitation for no apparent reason or no safety concerns or anything like that, ultimately, we would file a motion for contempt against the other party telling the court that they’re not following the prior custody order. Our judges here, especially when they hear that their orders are not being followed, are likley going to enforce those one way or another. Oftentimes, with visitation, that means you would get makeup visits, maybe extra time during holiday or the summer to make sure that you get your visitation back.

If there were some safety concerns that arose or issues with drugs, or alcohol or domestic violence, the judge is going to hear about that. Did that really happen? Was it just a rumor, an allegation with no basis? It would be very important that if there were those allegations that we show to the court that those were or were not true, and if they weren’t true, why you should get your visitation times made up. Now, based on a refusal of visitation, a judge can also look to see whether maybe your visitation time needs to be adjusted depending on what those allegations would be.

4. Can I relocate to a different state if I have sole custody of my children?

I had a telephone call with a prior client who had been through a divorce. They have children that live with her, but she has recently got a job out of state and wanted to take those children and have them live with her. Now, ultimately, in Georgia, if you can move and not get in the way of the other party’s parenting time, then the court can’t tell you that you can’t move with these children; however, if you are interfering with the other parent’s parenting time or ability to exercise their parenting time, the court’s going to consider that to be a change of circumstance. Depending on your facts around how you moved and your reason for moving, the court could change custody to the other parent and not allow you to take the children to leave and live with you in another state.

It really is more complicated than just can I move and take my children with me because there are lots of factors in everybody’s different cases. It may even come down to what judge you have as to whether that judge is going to give you a nod of approval to move children that have been in our circuit or in our state to another state. In Georgia, so long as the children are residing here, the court ultimately has the authority to decide what’s in their best interest during a custody case.

If you’re planning on moving, what I would say is make sure you’re giving the other party prompt notice, and that you’re evaluating whether your move is going to affect the children and affect their time with the other parent. Bring those facts and circumstances into our office. Let us look at that. Let us look at your prior court orders and determine whether you would need court approval to move or whether you’ve met your burden of alerting the other parent, whether there may be an agreement for you to move.

Oftentimes, if you are moving out of state, there’s going to be some changes to your prior paperwork. Even if everyone is on the same page about you moving, you would want to make sure that you file the appropriate court case just to get the judge’s approval on any new parenting time, child support obligations that may change. Any move is probably going to deem a change of circumstances to the extent that a court is going to want to look at that in the modification action just to be safe and make sure the children and their best interests are being looked after.

Are you or a loved one in the process of a divorce in Statesboro, Springfield, or Swainsboro and have questions about these 4 questions about child custody? Contact the experienced Georgia divorce attorneys at Hall & Navarro today for a consultation and case evaluation.